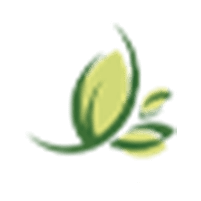 Invisalign® helps patients from teens to adults enjoy straighter teeth and more beautiful smiles without traditional braces. The team at Leesville Dental Studio have extensive experience in the Invisalign system, helping patients throughout Raleigh, North Carolina, achieve the best-looking smiles they deserve. To learn more about how Invisalign can help improve your smile, call the office or schedule an appointment for a consultation.

How does Invisalign work?

Invisalign uses clear plastic trays called aligners to custom-molded to the patient’s mouth to gently move teeth into their proper positions over time.

The Invisalign system uses no wires or brackets, and the clear, medical-grade plastic design means the aligners are almost invisible while they’re in place. Aligners should be worn for most of the waking hours, but they can be removed for brushing and flossing and for eating.

What happens during Invisalign treatment?

Invisalign treatment starts with impressions of the teeth, sometimes accompanied by photographs or measurements. The impressions and other information are sent to the special lab where the Invisalign aligners are created.

At the lab, the impressions are scanned into a computer which uses computer-aided design software to create 3D models that show the movements the teeth need to make to become straight. Then the aligners are made using those models as guides. During treatment, each aligner is worn for about two weeks, then it’s “swapped” for the next aligner in the series. Patients visit the office about once every six weeks for a checkup.

Most treatments can be completed in two years or less.

What are the benefits of Invisalign compared to traditional braces?

One of the biggest benefits for patients is the clear design of the Invisalign system, which means patients won’t feel self-conscious about their appearance during treatment. The aligners also are completely smooth, so they won’t irritate the gums or cheeks.

Since they can be removed, it’s much easier to brush and floss teeth, and there are no dietary restrictions. Additionally, because they’re custom designed for each patient, treatment can also be completed in less time compared to traditional braces.

Can Invisalign be used to treat all types of alignment and crowding issues?

Invisalign can be used to treat many types of alignment issues in teens and adults, but it’s not the ideal solution for each patient. During the initial office visit, patients will be carefully evaluated to determine if Invisalign is the best choice for their needs or if another option might be more suitable for you.

To learn more about Invisalign, call the office or schedule an appointment online.